Supply and demand in the timber market have always been constant, even in the final quarter of 2021. However, the demand has greatly increased due to a shortage of supply due to the resurgence of the COVID-19 virus in South East Asia. Because of this, many countries are now looking to stockpile more wood and timber-based products to combat massive demand. Here’s the report. 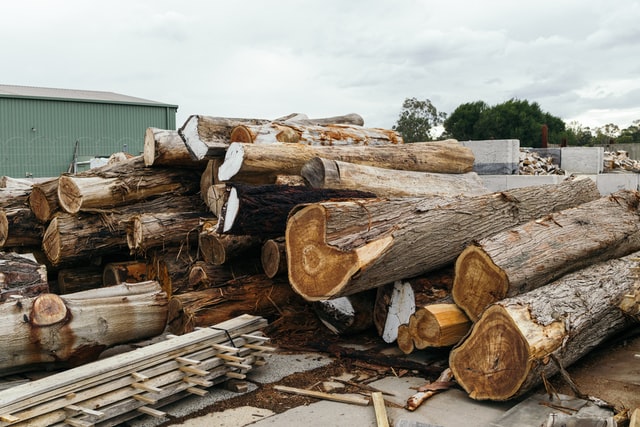 Malaysia most recently is recovering from another surge of COVID-19 which greatly affected their supply of wood in the timber market during the third quarter of 2021. However, as it is slowly getting back to their feet, they still have an average of about 20,000 cases in the country over the past 30 days based on Google’s statistics.

The only upside is that Malaysia has produced a strong first-quarter performance which increased an impressive 9.9 percent during the same period compared to last year’s export number.

The relevant information of the press release projected that Malaysia’s economy would grow by 4.5 percent in 2021 despite the erratic status of the pandemic that began around April of 2021.

The ongoing and increasing cases of the COVID-19 virus have raised concerns regarding the totality of the capacity of Malaysia’s health system and the possible effects of the cycle of on and off operation status on households and businesses.

Malaysia’s projection was lower than the earlier forecast by the growth of six percent, showing a minimal pathway to defeating the pandemic and its upshots to people, households, and businesses.

Exports going to Europe have increased to almost 10 percent more than last year. This is due to the increasing demand for furniture and wood-based products in the timber market, such as sawn wood, moldings, and furniture.

The European Council has imposed sanctions on two military-controlled companies and ten individuals in regards to the military coup that was staged earlier in Myanmar/Burma on February 1, 2021, which resulted in military repression towards peaceful demonstrators.

Over in the United States and Canada, wood exports have had a significant increase of 45 percent, which accounts for over 60 percent of the entire Malaysian wooden exports. The reason being is the hindrance in trade from China to the US, which gave other countries the go signal to start exporting their local products towards the US.

As for Africa and Asia, both of these regions have lowered their demand for wood and the timber market to around 5 and 11 percent, respectively. As for India, since another COVID-19 wave has recently resurfaced, it can no longer operate in peak capacity due to the lack of capacity in containers.

India has increased its wood prices as well as crude oil or petroleum-based products. These are caused by the nationwide lockdown as the WPI index for commodities was then computed, showing to have a low response rate.

Indonesia has been tasked to lead the dialogue in conserving forest sustainability as wood consumption over the past few decades has significantly reduced the forests all over the world. Not to mention the illegal logging operations happening across the globe, as well as the timber market, has grown substantially over the years.

There are over 25 countries that are now part of the Forest Agriculture and Commodities Trade or FACT to ensure the continuation of the supply chain of wood for all products. There will also be a conference in the UK named the 26th United Nations Climate Change Conference of the Parties this November.

Apik Karyana, the Secretary of the Directorate General of Social Forestry and Environmental Partnerships in the Ministry of Environment and Forestry has stated that in order for forest management programs to succeed, there has to be assistance provided to the forest farmers in charge.

Assistance provided can include training the farmers to understand new forest regulations and assisting them in terms of various market strategies. This would be a challenge, of course, given that Hariadi Kartodiharjo, Professor of Forestry Policy at the Faculty of Forestry IPB, states that a proper communication strategy has to be developed.

Timber recovery sustainability and resilience will depend on the private companies’ supplies.

The potential exploration for wood biomass trade in Japan was conducted and spearheaded by Indonesia’s ambassador Heri Akhmadi; he said that while Indonesia has a massive quantity of biomass, Japan, on the other side, has the technology to make use of the biomass, confirming the opportunities on both Indonesia and Japan.

As per the Indroyono Soesilo, the Chairman of the Indonesian Forestry Community Communication Forum ( FKMPI ), the limitless potential of Indonesia developing biomass from energy plantations in the country is massive.

Social forestry projects deliver higher income for the people; according to Bambang Supriyanto, The Director-General of Social Forestry and Environmental Partnership ( PSKL ), social forestry is making a huge contribution and impact on the finances of the people living in the communities around forests.

The director-general also emphasized that the social forest program had given working opportunities for over a million families in Indonesia.

Based on the Ministry of the Environment and Forestry (KLHK) data released in May 2021, over 4.7 million hectares are given throughout Indonesia as an extension of the social forestry program. Making it more feasible to replant forests in the foreseeable future.

The timber market amidst this pandemic and undergoing structural change is still thriving and projects a positive forecast for the year 2022 all over the world. Many government agencies are now strategizing and forming alliances with regards to developing and improving the timber market and creating alternative outputs that will help the sustainability and resilience of the timber supplies.